Erasmus+ Programme of the European Union

Several special issues were published in international journals to disseminate and enrich the project's outcomes :

Sud-Ouest Européen is an academic journal published by Institutes of Geography of Toulouse, Bordeaux, Pau and Perpignan. In 1998, she took over the RGPSO founded in 1930 by Daniel Faucher in Toulouse. The journal aims to publish scientific production, mainly geographers, on the whole of South-West Europe. In this territorial framework, it also hosts increasingly the work of researchers from Spain and Portugal. Indeed, the change of name of the journal shows a clear commitment to greater openness on the Iberian Peninsula, which is also reflected in the international scientific committees and editorial. The journal also publishes theoretical texts or under other geographic areas provided they are integrated into a thematic issue. 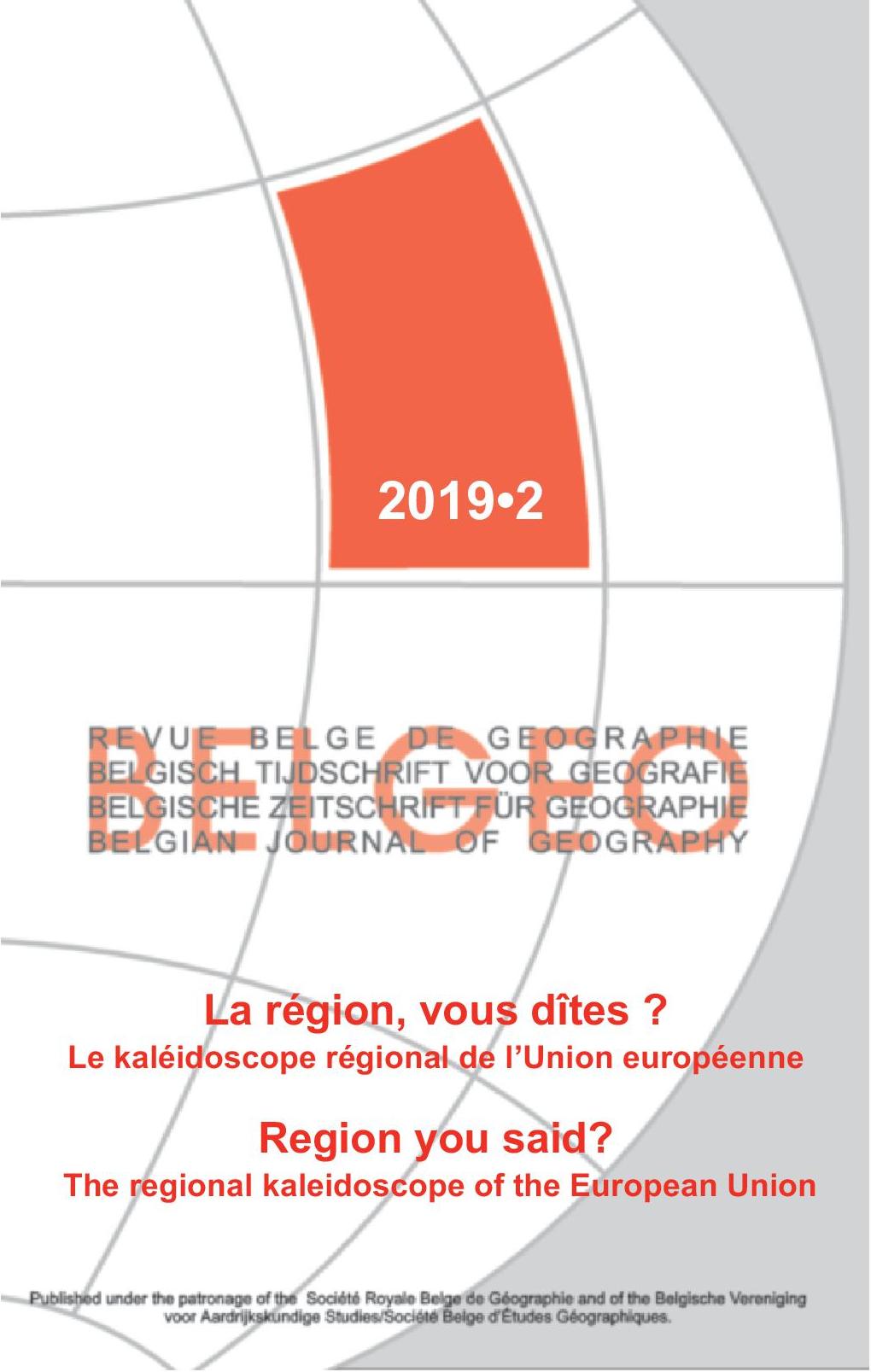 Belgeo is the only national journal of geography in Belgium. Besides general topics, the journal covers European and global issues and Belgian matters. The journal will improve the dissemination of the research results of the Belgian geographers, often at the junction of Anglo-Saxon and Latin approaches and will open its pages to the most recent developments in human and in physical geography.

Founded in 1994, Pôle Sud. A South European Political Journal is a bi-annual academic journal sponsored by the CNRS (South European Center for Political Studies – CEPEL), as well as the Faculty of Law and Political Science of the University of Montpellier.
It publishes research in political science with an emphasis, since its creation, on Southern Europe. These include work on regimes, culture, and elections, as well as the analysis of public policy and comparative studies. Each issue is normally made up of a thematic dossier (« Thema ») as well as stand-alone articles (« Arena ») and book reviews (« Lectures »). Some issues also contain accounts of recent South European elections.
Pôle Sud is governed by a seven-member editorial board assisted by an international scientific advisory board of approximately twenty members. As a peer-reviewed journal all articles are subject to anonymous review by two outside experts. It is among the journals taken into account by the French Agency for the Evaluation of Research and Higher Education (AERES). It is published both in hard copy and in digital format accessible through Persée and Cairn.
Pôle Sud is indexed by Sociological Abstracts (USA) and, in Germany, by Zeller Dietrich Bibliographische Verlag.

(click on the picture to consult the file in .pdf)